The last market update, in February 2018, was delivered as the potential takeover of MRH by MFG was announced. At the time we predicted corporate activity would remain high and as we reflect and look forward, that is certainly still a strong theme within the industry.

Since the takeover of MRH by MFG we have seen many changes. Petrogas’ takeover of Welcome Break (reflecting our prediction of the market looking at Motorway Service Areas); Harvest Energy purchasing HKS; Phillips 66 buying NJB group; and Cretas acquiring 6 sites from David Taylor Forecourts.

These changes have seen a number of oil companies joining the likes of Esso, BP and Shell in both offering supply agreements and retailing directly themselves.

Elsewhere, the independent operators (Indies) have continued their growth both in this country and abroad with acquisitions in the USA, Italy and Australia for Euro Garages. Other Indies have continued to look to acquire sites in the UK however, there remain relatively few opportunities on the open market – as has been the case for the last few years.

The corporate acquisition currently hitting the headlines, which potentially has the biggest effect on the market, of course is Sainsbury’s buying Asda, and it hasn’t even happened yet. The CMA has been investigating the potential issues of this deal and the initial report was fairly damning. The CMA predicted that the merger would lead to fuel price rises, which presumably reflects the different pricing policies that the two supermarkets currently run. That said, it does also suggest any site currently close to an Asda petrol station might be seeing better margins in the future, if the sale does take place.

The total number of operational sites has again been relatively stable with a net closure of only 12, after 70 new sites opened, or re-opened. We expect this trend to continue and indeed we recently let a site that had been closed for over 15 years! There have also been a number of sites that have been knocked down and rebuilt, refurbished or extended. We expect this process to continue as forecourts continue to modernise in line with customer expectations.

The last 12 months have also seen an increase in collaborative work with our Planning team on several sites. Looking at extending opening hours, which will only add to the potential for operators to improve trading.

Outside of corporate and property acquisitions, the market has seen a few other changes. In June there was a massive 6p jump in the price of a litre of unleaded – it is worth noting since then prices have stabilised.

Electric charging has continued to grow with Tesco tying up with VW and BP’s acquisition of Chargemaster. Whilst electric vehicles are still only a small part of the market we expect that this will continue to grow and petrol stations will look to incorporate those on sites where there is a market for charging.

Going forward, we expect 2019 to be more of the same; corporate acquisitions, demand for new to industry sites and potential for existing sites to improve with new options.

However any prediction of 2019 can not avoid the looming presence of Brexit. At the time of writing, nothing had been decided and we haven’t seen signs of any major effects on the petrol retailers. The effect on the economy as a whole is more likely to be an issue than to retailers themselves in the long term, but like everyone at present, it’s a wait and see situation.

If you are looking for further sites or currently have a site that you need advice on do not hesitate to get in touch. 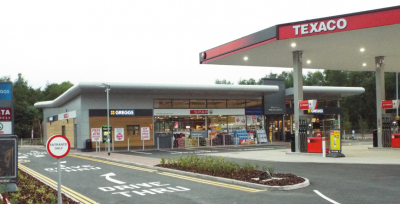 Would a cut in MOTs effect the value and number of workshops?