We are now 12 months into the 2017 Rating List with the completely new Check, Challenge, Appeal system in place and the requirement to register and claim properties on the VOA web site.

In March and June 2017, I issued newsletters on these new processes and they are still very relevant. They can be viewed here: March & June.

Claiming properties and lodging Checks and Challenges are not easy and are much more time consuming than the old system.

An interesting statistic is that by 31 December 2017 only 12,840 ‘Checks’ had been made in England, when in the first 8 months following the commencement of the 2010 Rating List, something like 112,000 appeals had been lodged.

The Chancellor recently made announcements that will impact on Business Rates going forward.

This concerns the ‘Mazars’ Supreme Court decision, from March 2016, that resulted in thousands of rating assessments being split into separate rateable values where access is by communal lobbies, lift or stairways.

This decision is to be overturned by the Government and provided properties are contiguous or adjacent, and in one occupation, they can revert back to a single assessment and this will be allowed to go back into the 2010 Rating List.

The Communities Secretary introduced the legislation on 28 March.

‘Annual increase in the Rate in the Pound’

This has always been calculated using the Retail Price Index (RPI) figure for the September preceding the new rate year coming into force.

Going forward, this will be calculated using the Consumer Price Index (CPI) and will reduce the anticipated increase for 2018/19 and rate years going forward.

This has resulted in a downward revision in the rate in the pound as follows:

Crossrail — for properties in London with RV over £70,000 an extra 2p in the pound is payable.

A 1.1% reduction in the increases may not be huge, but every little helps!

The Chancellor also announced that the next Revaluation in England will not be 2022, five years after the commencement of the current 2017 Revaluation.

It will be brought forward a year to April 2021 and thereafter each Revaluation will be 3 yearly.

The Scottish Government has confirmed that their next Revaluation will remain in 2022 but going forward will adopt a three year cycle with Revaluations in 2025, 2028 and so on.

The hope is that it will help keep Rateable Values more in line with changes in rental values across the country as a whole, although there had been no announcement as to the Revaluation cycle in Wales as yet.

For any help with Business Rates please contact Alan Watson. 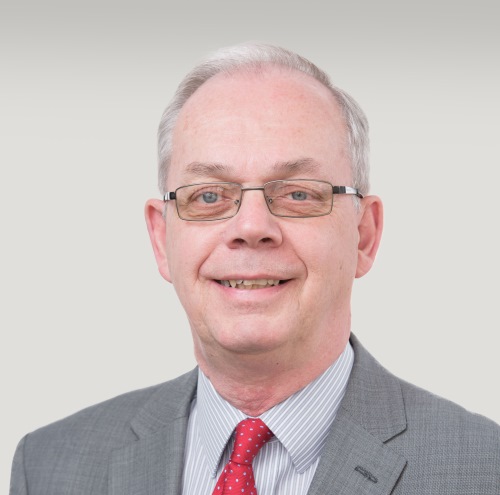